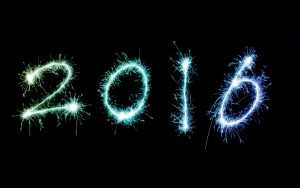 2016 has been a weird year for many people I know and many I don’t. My Twitter timeline is guaranteed at least a few “this year sucks” posts every time I look at it. (Heck, I’ve retweeted several of the more amusing ones.) But a “year” is just a time frame, and really is relative. Sometimes things suck, and sometimes things go well. And really, a year is just one rotation around the sun, so it can start and stop anywhere. And for this particular year, I want to recap some of the things that went well for me, and maybe reflect on some of them that didn’t. (I won’t cover things that don’t really have a direct influence on me, like celebrity deaths.)

At the end of 2015, I backed out of a lot of the activities I was in so I could have time to work on personal projects I wanted to do. Many of the ideas in my head had been there for at least a year, some as long as 4-5. This was hard because I spent so much time mentoring, teaching, working with others…  it felt wrong to stop doing all that for me. And it took a while to wrap up enough “things I had to do” to find enough time for “things I wanted to do.” I did eventually get to that point, and started working on several things. I still miss a lot of the community work I do (though it was good to get rid of some of the more toxic work I did) and knew it wasn’t a permanent departure from my favorite activities.

Also from my time off and life calming down came a lot of reflection. Time to just think on a lot of things. I won’t talk about a lot of it as it’s more personal, but I did realize there are a lot of mental health things going on. Things I sort of subconsciously told myself that weren’t great. Confidence issues. And more. The worst part is probably feeling like 2015 was so full of accomplishments that writing about 2016 would make it sound like this list totally sucks, since I didn’t accomplish as much.

Perhaps the best thing from all this reflection? It took a year to figure out many things, but I figured them out. And I think this prepares me to set 2017 up to be a great year full of accomplishments, helping others, and improving myself even better than before.

I feel like I haven’t accomplished as much as I did last year. And I think it might have been important to not do as much this year. Also the things this year feel more subtle. It was harder to remember all I’ve done. However, In lieu of backing out of several activities I did regularly, I did do a variety of other things.

I gained a bit of popularity from my talk in 2015. I really worried if I could ever give another talk that would ever compare to the popularity of “Intro to Hacking with the Raspberry Pi.” I didn’t end up giving any encores, but I did give talks that had full rooms, and it helped me feel great. The weirdest part? I went from one talk a year to writing 3 full talks and two lightning talks this year. (Even Cate Huston told me “I wouldn’t give that many talks. Why? Don’t ever do something I wouldn’t do!”)

Events (numbers in parenthesis are the talks above):

Not every thing can be perfect. Let’s see…

What Could Be Improved?

I’m sure there’s a few things I missed. As I mentioned, 2016 has been fuller of subtle things and less obvious things than 2015. But it still was a good year of successes amidst the many disasters of our world. I look forward to some of my 2017 plans (in my Part 2 post), and more successes in my future.

I really would recommend people write out a list of their successes. I’d love to see yours too! Feel free to tweet me with yours after you write it up.

You may also enjoy

Reflections on the Past Year

Another year has passed. Another long year. Even though the pandemic is still messing with everyone’s lives (including mine, and why I’m putting this out fin...

Happy International Women’s Day! This is my annual ‘Nevertheless, She Coded’ post!

I started my first programming-related job in 2005. Since then, I’ve had 13 managers across 10 teams (not including any contract work). It’s a lot. I’ve defi...

At the last half of 2020, I started live streaming on Twitch. One of the popular things is for Twitch streamers to have their own Discord servers. […] But th...